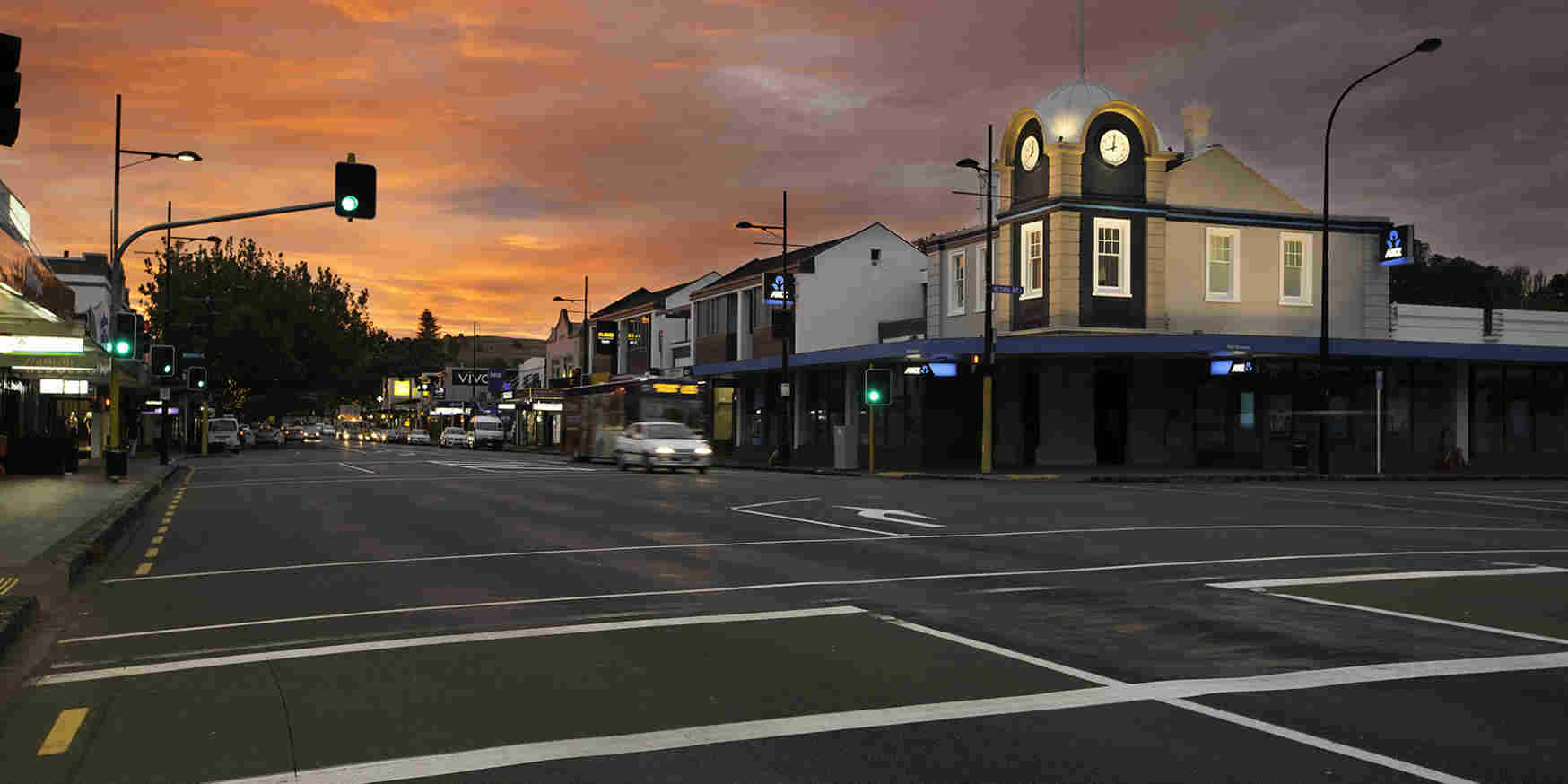 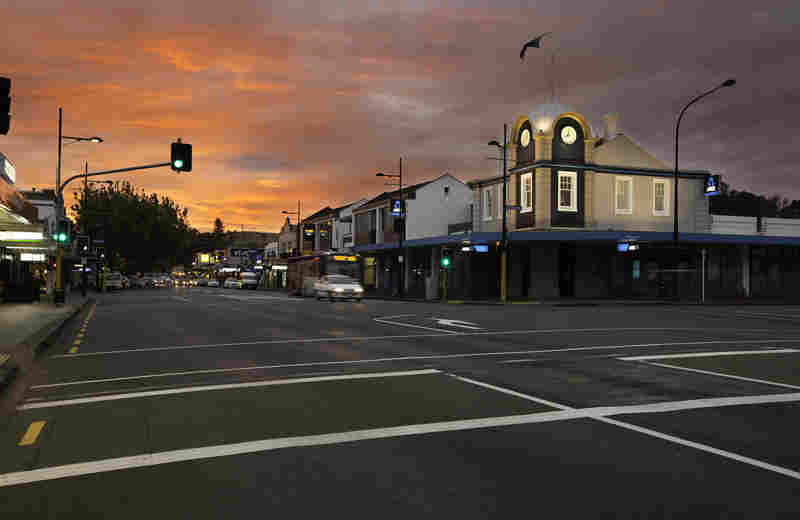 Those who grew up and went to school here tend to stay. There’s a huge amount of intergenerational loyalty to the place. For good reason. Speak to anyone who lives here and they’ll tell you, it has everything a family could wish for in a handy city fringe location with excellent schools and transport – regular buses and trains to the CBD and easy access to motorways that take you wherever you want - fast.

When you live in Remuera, the best schools are a right of passage. People move here for top private schools – King’s, St Kentigerns, Baradene and easy proximity to Diocesan and St Cuthberts in Epsom. It’s also in the ‘Grammar Zone’ a huge drawcard for the education conscious. Children in ‘the zone’ gain entry to sought-after high schools – Auckland Grammar for boys and Epsom Girls Grammar - guaranteeing a high standard of education. High decile primary schools include Remuera Primary, Victoria Ave Primary and St Michael’s Catholic School then there’s Remuera Intermediate as well.

Beautiful parks, reserves and playgrounds for children abound. Poised to the south, the volcanic cone of Mt Hobson shelters Remuera from cold southerly winds and provides great walking tracks for those who like to keep fit. The expansive, panoramic view from the summit is well worth the walk. Between Victoria Avenue and Orakei Road, Waiata Reserve is a beautiful off leash dog park. Pathways wind through majestic trees. It is definitely one of Remuera’s best kept secrets. With a jungle gym, flying fox and skate bowl, Little Rangitoto Reserve, another dormant volcano, is a favourite with the kids.

Numerous sporting and community clubs spoil you for choice: tennis and badminton at Remuera Rackets, rugby, badminton and netball at College Rifles in Haast Street. Then there’s bridge, Lions, ballet, art, bowls ….and the Remuera Golf Club is handy in nearby Meadowbank.

Who would guess there’s even a beach in Remuera at the bottom of Victoria Avenue, a street renowned as the suburb’s most exclusive – and expensive. Wilson’s Beach was named after Joseph Liston Wilson who helped to found the New Zealand Herald. Re-sanded in 2014, it is now a pleasant spot to picnic swim or kayak. Take a walk to the beach from the bottom of the valley at Hobson Bay Walkway which leads to Bloodworth Park – popular for club cricket on weekends – and head up Shore Road Reserve.

Splicing through the middle from the Newmarket end, Remuera Road is often referred to as ‘the Medical Mile’ because it has an array of medical practices and private clinics boasting many of New Zealand’s top specialists.

As the city grows up all around, change is afoot. Older residents are downsizing from their gracious homes to a new wave of luxurious modern architect-designed apartments while the next generation of upwardly mobile professionals is also moving in.

There is a strong appetite for the low maintenance, security-conscious lifestyle. The number of apartments designed for discerning owner occupiers is rising as fast as permits allow. Built on the ridge, a number of complexes like Kingsview and 464 Remuera Road have tennis courts and swimming pools and capture magnificent, sweeping harbour views.

Remuera Road has traditionally been the dividing line between properties on ‘the warm northern slopes’, which are more desirable and expensive than properties on the southern side.

Just along the road, John Leech Gallery, one of New Zealand’s oldest dealer galleries has a reputation for old and modern artworks of the finest pedigree. Notable among the eateries are Banque Oyster Bar & Eatery – providing delectable dining and the place to be seen on a Friday night, though tucked in around the back of the shops, cosy newcomer Laneway is giving it a run for its money. Remuera has its fair share of ethnic restaurants and the classy Japanese Soi, deserves a shout-out as does Thai Village, where the food is classic quality Thai.

In Clonbern Road opposite the excellent New World supermarket, 4&20 sets a precedent for some of the best hand-made bread and pastries in Auckland and Bakers Delight at the top of Victoria Avenue is always bustling.

The Benson Road Deli has made the pocket of shops in Benson Road precinct famous. Overflowing with abundance, Simply Flowers is a must before you book into About Face Skin Clinic for a facial or stop by the Bay Tree for gifts. The area is definitely a destination of choice for the young and trendy, shopping on weekends. On the opposite side of the road, the Maple Room in is regularly on Metro’s top 50 restaurant list.

Remuera is widely regarded as the most genteel suburb of Auckland, yet it continues to evolve adding a vitality that draws a younger generation of locals. It will always be an aspirational choice for those who want the best money can buy – in close proximity to everything that’s worth having. 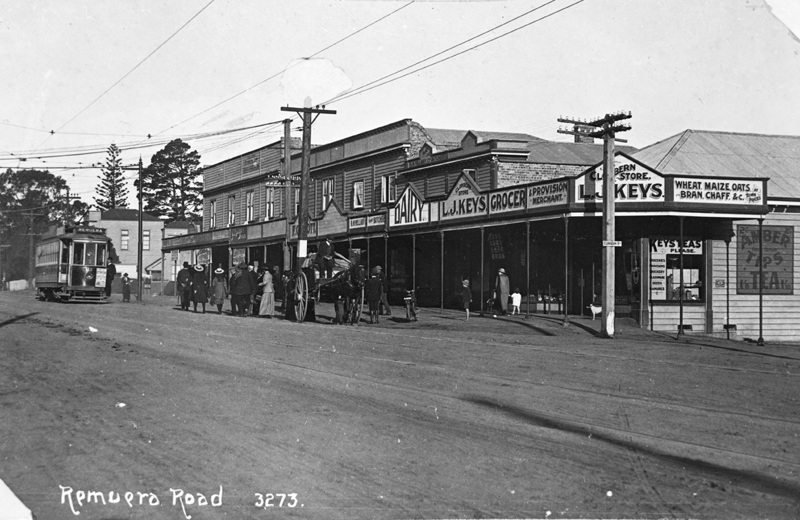 Remuera’s popularity as a place to live is not just a recent phenomenon. It has been a desirable location since the early 13th century when the Maori selected it as a preferred place to live. Most areas across the isthmus were covered in flax and bush but patches of woodland across Remuera attracted the birds they trapped for food. The adjacent harbour basins were also good fishing areas. And the volcanic cone of Mt Hobson provided a convenient pa (defended settlement) site. It was later used as a quarry and water reservoirs were built on the summit to provide a water supply for surrounding areas.

The first shops opened in 1890 at the intersection of Victoria Avenue. And railway stations at Newmarket and Market Road encouraged further development.

In 1915 Remuera was amalgamated into Auckland City after strong opposition from the Remuera Ratepayers Association. Up until then, it was governed by the Remuera Road Board. It was only after the Department of Internal Affairs intervened that the Board gave in. When the 520 acres of Remuera became part of Auckland, it was said Auckland had received "the brightest jewel in her crown today". A subsequent report by the city engineer pointed out that Remuera had 60 miles of primitive roading and lacked proper stormwater drainage, sewerage and other services.

The Council made a series of improvements including a free public library in 1915 which later replaced by the current building in 1926. In 1919 locals were so incensed by the public toilets built at the Remuera shops that they demanded the Council tear them down. The first mile of Remuera Road was concreted in 1921 and the existing tram line was doubled in 1924, followed by an extension of the service to Meadowbank. 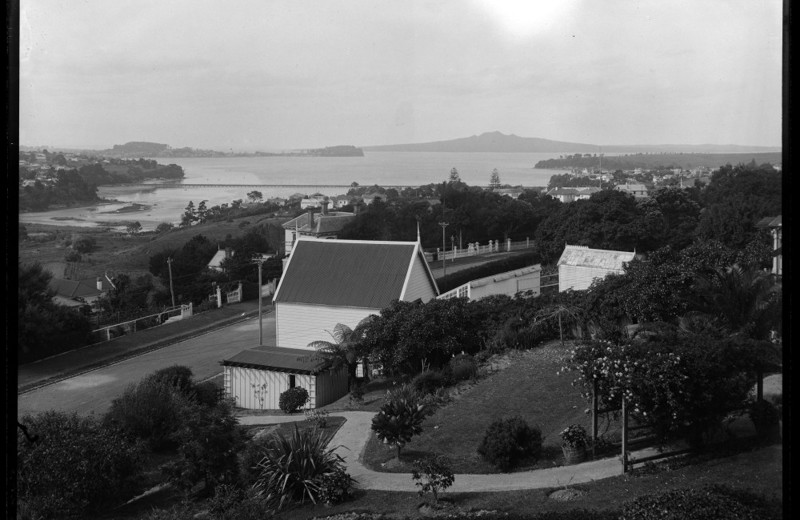 Remuera has a rich historical and architectural heritage. Many fine early homes survive. But a considerable number, such as Coollangata, a large, rambling property on the ridge have been lost to redevelopment to make way for smaller homes.

Notable characters who have resided in Remuera read like a who’s who of Auckland business and governance. There have been several mayors of Auckland, church ministers, supreme court judges, king’s counsels. The founder of the NZ Herald William Wilson lived here and Dame Rosie and Michael Horton (also of NZHerald fame) live in Victoria Avenue. Jean Batten, the record breaking aviator went to school at 4 Garden Road. Mountaineer and explorer Sir Edmund Hillary lived in Remuera until his death in 2008. Race car driver Bruce McLaren lived above the garage at 586 Remuera Road and broadcaster Paul Holmes was a resident until he died in 2013.

People didn’t start to build houses, as opposed to farmhouses, in Remuera until the 1860s. Many large villas were built for stunning harbour views on big properties as owners needed space for their carriages and riding horses. Some even had secondary houses for their gardeners and estate managers. Many of these early houses still stand, either on large estates or surrounded by other homes. Some like the home of David Graham, brother of the founder of Ellerslie, at 258 Remuera Road, were converted. His home became The Tower at Kings’ College in 1896.

Smaller houses began to spread from the Newmarket end along Remuera Road and the suburb grew outwards from there.

Remuera locals are proud of their heritage. While they mostly accept that growing demand for land means forfeiting some of the spacious feel of the suburb, they fight vehemently to retain their substantial character properties. There has been lively debate as developers step in to take advantage of opportunities to build numerous modern homes on larger sites.

Architectural styles now include an eclectic mix of strikingly minimalist and modern, Italianate, Gothic and Neo-classical. There are large numbers of Victorian and Edwardian styles. Villas and bungalows abound. Those who take the heritage walk can admire the Gothic St Mark’s Anglican Church; the Italian Romanesque St Michael’s Church by Tole and Massey. There are French and Italian influences in the Gummer Ford designed home at 4 Garden Road and the library, also by Gummer Ford is Neo-Classical as is Elmstone, an imposing home with Arts and Crafts influences that has been beautifully udpated for modern living along Remuera Road at number 464.

Nowhere in Auckland does such a vast array of large and beautiful homes on spectacular landscaped gardens exist. Many have been lovingly restored with painstaking attention to detail and stand testimony to the skill of the original designer. No matter how the modern world imposes the practicalities of progress on Auckland, Remuera retains the quiet essence of a long heritage that makes it truly unique and highly sought-after. 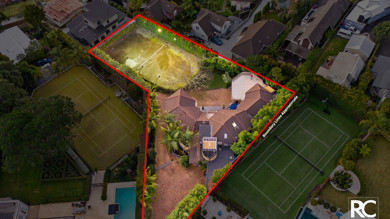 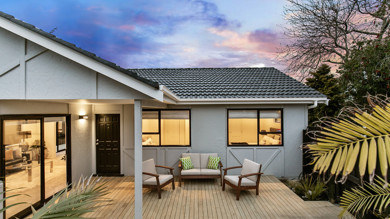 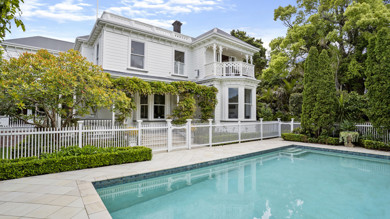 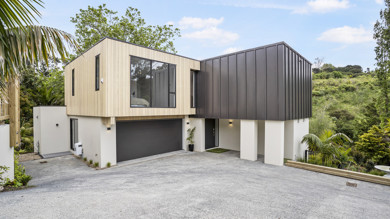 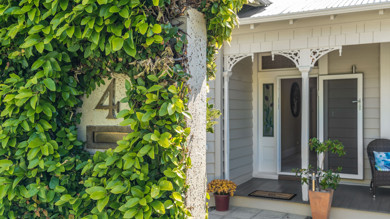 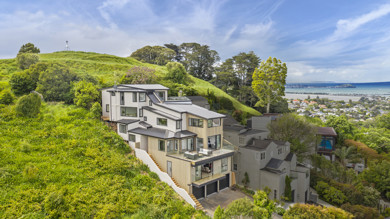 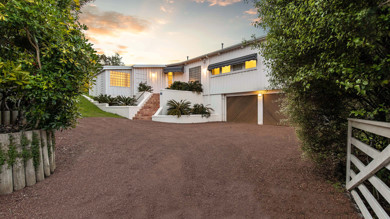 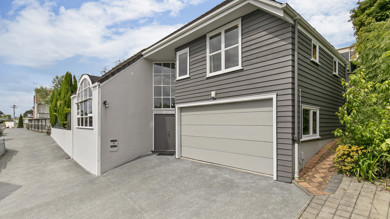 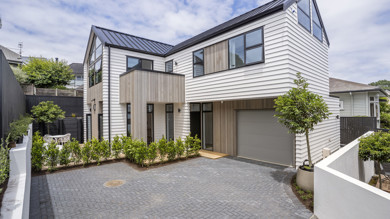 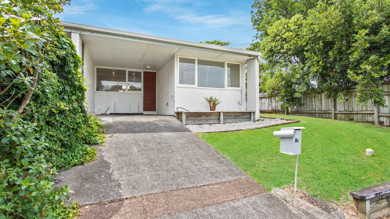 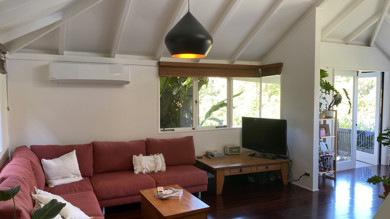 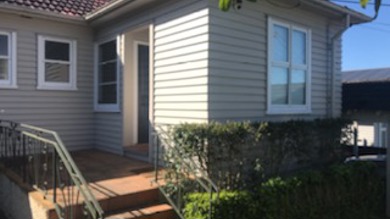 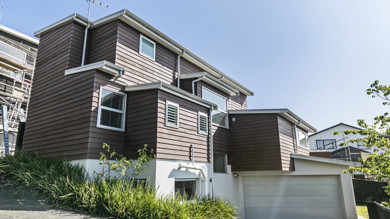 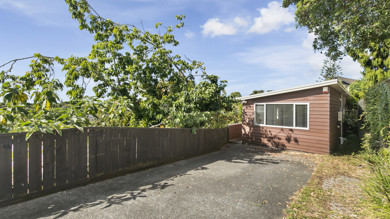 Located in the heart of Remuera near the corner of Clonbern Road, this cosy and charming eatery with its warm and inviting home-style traditional cuisine is living up to its name and fast becoming a favourite destination for Locals.

Sleek and sophisticated, Laneway is an extension of The Local. This newcomer can be found in the Clonbern Service Lane. Cosy and intimate, Laneway is the perfect place to meet for drinks and shared plates after work.

Hedgerow is a Remuera institution having been in business for almost 20 years providing high quality beautiful wares. Stocking world renowned brands such as Ecoya, Voluspa, Ashley & Co and Rains, it is always worth stopping in at Hedgerow.