Our Response to COVID-19
COVID-19 Response

A beautiful safe sandy swimming beach with stunning harbour views out to the gulf – the perfect holiday atmosphere all year round.

Great bars and eateries along a beautiful safe sandy swimming beach with stunning harbour views out to the gulf – the perfect holiday atmosphere all year round.

At the end of the east coast bays along Tamaki Drive, St Heliers Village is the ultimate destination for a trip around the shore from the city. Many arrive at the end of the Round the Bays Fun Run or the Weet-Bix Kids Tryathlon, two events that have become immensely popular.

The village boasts every kind of shop, service and facility - from banks, to lawyers, doctors and fitness gurus. Locals enjoy being able to stroll here. It has a lovely old fashioned, unhurried feel despite its short 15 minute ride to the city. Parking is easy and the shops have a quaint, boutique feel. Thousands of visitors who head here in summer are rewarded by great places to catch a bite or to just sip on a cool beer while gazing out to sea.

For breakfast and brunch to dinners, St Heliers Bay Café & Bistro is a stylish favourite and La Fourchette tempts with the full French gastro experience. Moreton’s pumps with live music some nights and come Thursday and Friday, full tables spill all over the footpath. Sunday roasts are legendary. Stay for dinner or head to Scalini’s Italian Restaurant for a pizza as you watch the sun go down. For fine dining, you can’t beat Annabelle’s, an award-winning eatery renowned for fresh seafood and tender beef and lamb.

More shops and eateries are further up St Heliers Bay Road, past St Heliers Bay School, which sets high standards for primary and intermediate students. Other schools include Little School, St Ignatius Catholic School and Glendowie College is a suburb over.

There are great outdoor spaces, from the expansive flat Vellenoweth Green, fringed by massive Moreton Bay Fig trees across the road from the water to the lovely Dingle Dell Reserve where you can enjoy a bush walk and concerts in summer. Glover Park, is a dormant volcano drained in 1953 then again in 1959, and is now the local home of sports fields. Of course there are the beautiful beach promenades aplenty. Not so well known – and that’s how the locals want it - is the little beach at Karaka Bay. A parade of pretty homes and baches line the sand with no road access and only a set of stairs down to the bay.

For the laid-back beachy lifestyle with plenty of action, families and professionals gravitate to St Heliers. If you’re born here, chances are you won’t ever want to leave. 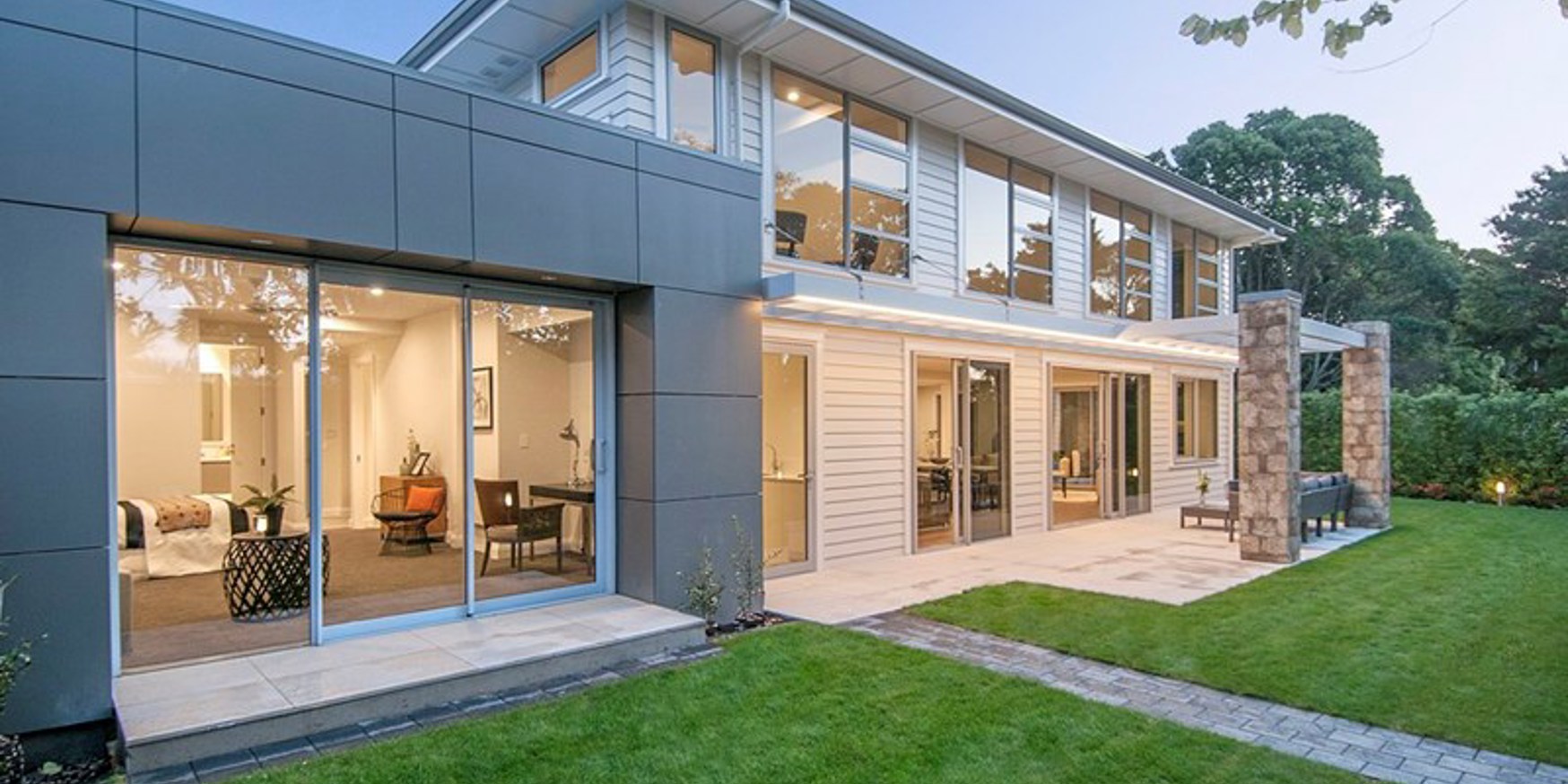 An example of modern architecture on Lammermoor Drive.

Without the easy transport connection along Tamaki Drive and Remuera Road, St Heliers was once only accessible by boat. Early European settlers claimed land for farms over the hills. By 1890, the bay’s natural beauty made it popular with day trippers who came to swim and play.

When Tamaki Drive opened in 1931, St Heliers became a popular commuter suburb and a destination for Sunday drives. Regular bus services to and from the city marked a huge increase in population.

The Bays area now provides a high quality living environment with a mix of upmarket homes, from smaller townhouses and ex-state homes that have been updated to ultra-luxurious apartments in the village and top end clifftop properties with expansive harbour and city views. Dotted around the hills, gracious, 19th century timber homesteads were built by farmers who came to St Heliers before the roading. Glen Orchard was the home built for Auckland’s first stud farm and managed by Major Walmsley who named St Heliers after the fashionable holiday resort Bay of St Helier in Jersey, one of Britain’s Channel Islands. In the mid 1889s it became the centrepiece of a planned model seaside suburb that is the foundation for St Heliers today.

Properties further towards the waterfront within walking distance of the village and beach and on the ridgelines with views command the highest prices. Consequently this is where the large older farmsteads and architect-designed homes tend to be located. 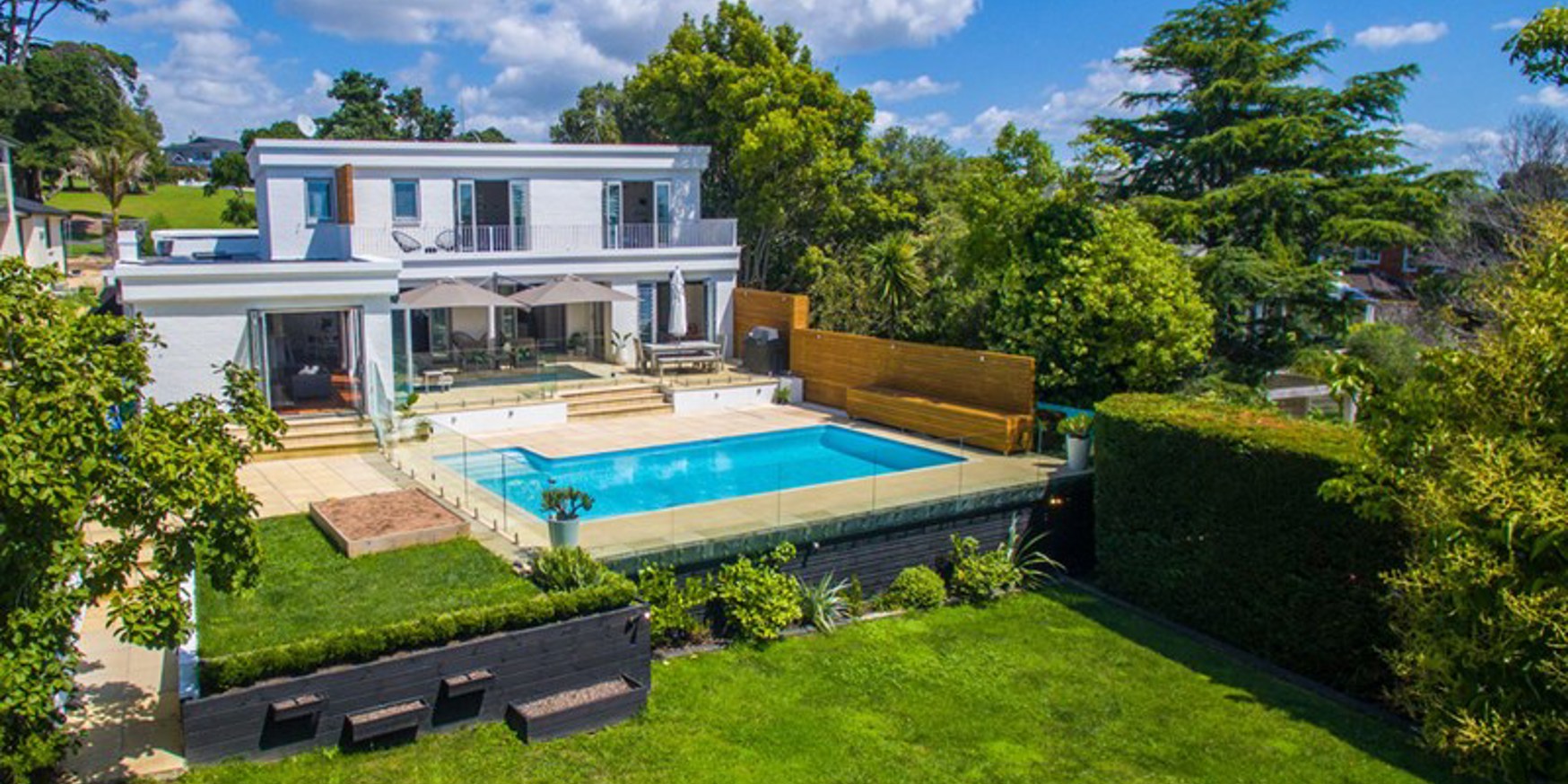 According to historical documents, the Maori have lived in this area since 1300AD and the original Maori name for St Heliers was Whanga-Nui, meaning 'Large Bay'. At Karaka Bay, in 1840 the Treaty of Waitangi was signed by representatives of Queen Victoria and the Tamaki Chiefs.

The first 47ha block in St Heliers was bought by Major Thomas Bunbury who invited new arrivals to contribute seeds to his model farm at Glen Orchard, the first name for the area.

Between 1881 and 1883 the St Heliers and Northcote Land Company bought and subdivided 242ha of land, and built the wharf for the twice daily ferry service from Auckland. For many years a long wooden jetty stretched out into the bay. At low tide the remains of the wooden piles can still be seen at the end of St Heliers Bay Road.

At the far end of St Heliers, Ladies Bay, was named after Lady Grey, the wife of George Grey, an early Governor of New Zealand. Further along the Achilles Point headland - Te Pane o Horoiwi – was named after Horoiwi who arrived on the Tainui waka (canoe). He remained here while the waka continued on to Kawhia.

Heritage walks around St Heliers show interesting landmarks including the local library, which started out in 1925 as the offices of the Tamaki West Road Board then became the local volunteer fire station. Around in Turua Street, three art deco style houses built in 1935 controversially made way for apartments several years ago.

As demand for housing grows, the Village is destined for more stylish low rise apartments which have set a more cosmopolitan scene for the future of St Heliers.

But many points of historic interest remain, adding heritage character to the suburb, including a marble drinking fountain celebrating the first piped water supply to the district, the two-way stone backed seat commemorating the Vellenoweth family, two massive Moreton Bay fig trees planted in 1923, Captain Charles Spooner's "Anchorage" cottage at the bottom of Auckland Road, and sports clubs established on Vellenoweth Green around 1913. 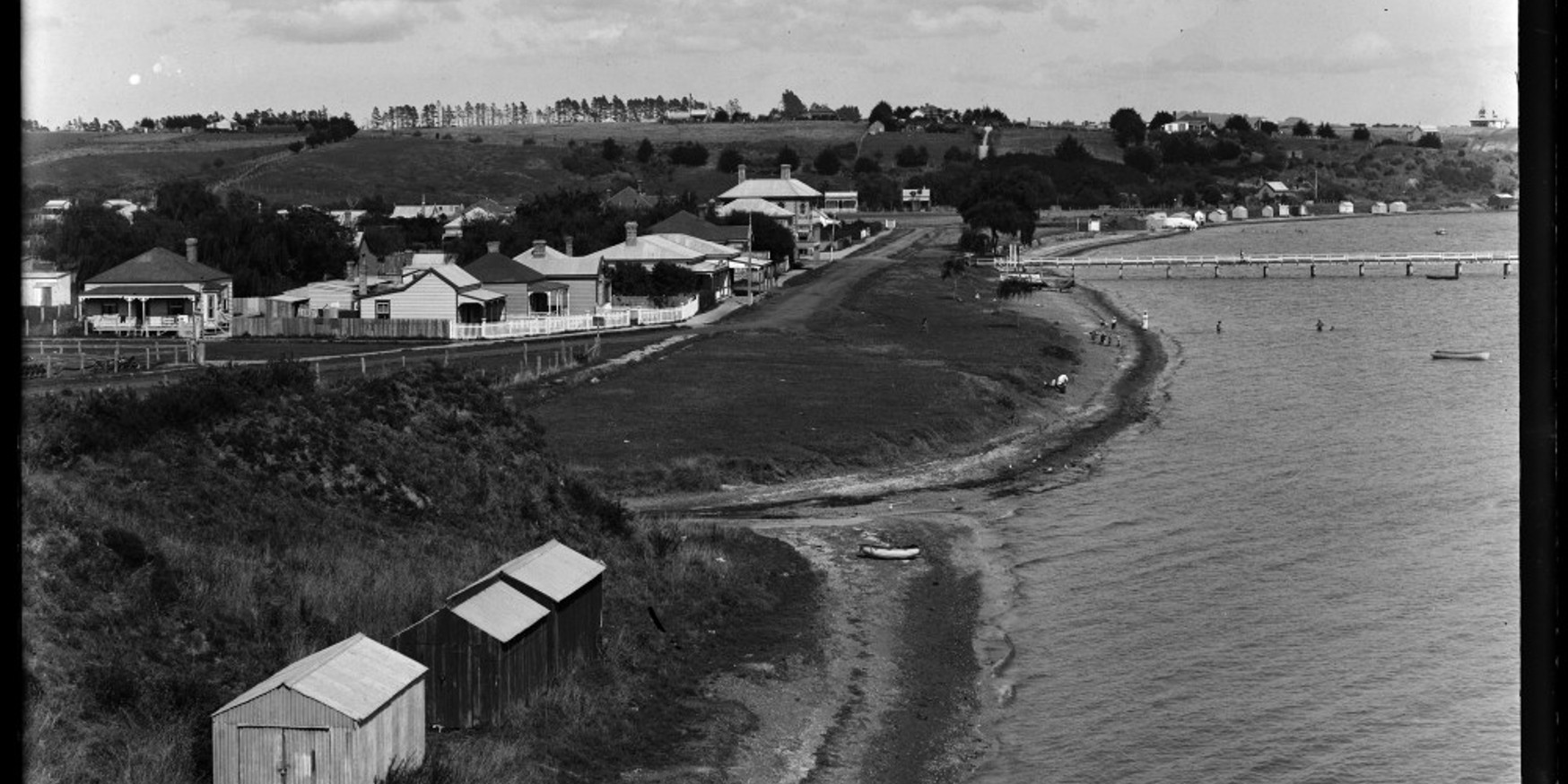 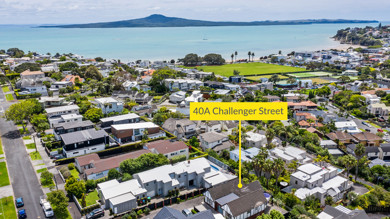 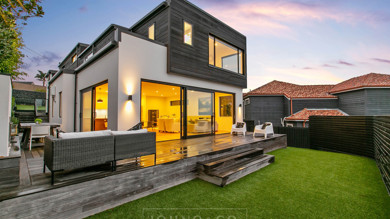 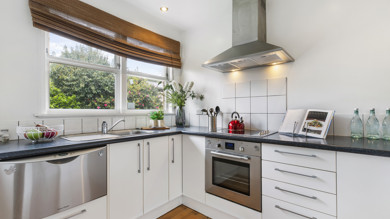 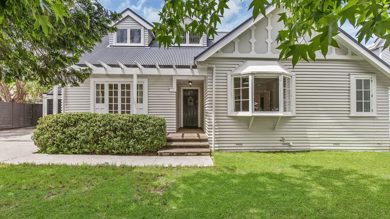 This bustling, beautiful bistro is comfortable and sophisticated - a lovely place to sit and watch the water, a happily busy hub for the suburb and home to excellent service and some very good food.

A bustling all-day cafe, patisserie and restaurant serving a mixture of classic and modern French bistro dishes throughout the day, the food is excellent and the atmosphere inviting. A real local favourite.

With fabulous views to Rangitoto, this beautifully decorated and award-winning eatery renowned for fresh seafood and tender beef and lamb is the perfect place for a delicious dinner.

Moreton's sits on some of Auckland's most prime real estate with stunning views overlooking iconic Auckland Harbour and Rangitoto Island. A lively bar & restaurant, there is live music some nights and come Thursday and Friday, the full tables spill all over the footpath. Be sure to check out the legendary Sunday roasts.