An update on the progress of the restoration/build of 411-413 Remuera Road.

Stage one was always going to be the most challenging and time consuming with the preservation of the old kiln fired golden bricks and much of the demolition wheelbarrowed out onto the road.

It is easy to understand the excitement and weekly anticipation with the progress for the restoration/build of the three storey office for the proud Team at Megan Jaffe Real Estate Ltd.

The demolition phase is complete with the substantial propping and steel fixing of the original facade and east wall. Stage one was always going to be the most challenging and time consuming with the preservation of the old kiln fired golden bricks and much of the demolition wheelbarrowed out onto the road. Henderson demolition and their Papakura based team were superb - nothing was too much trouble. 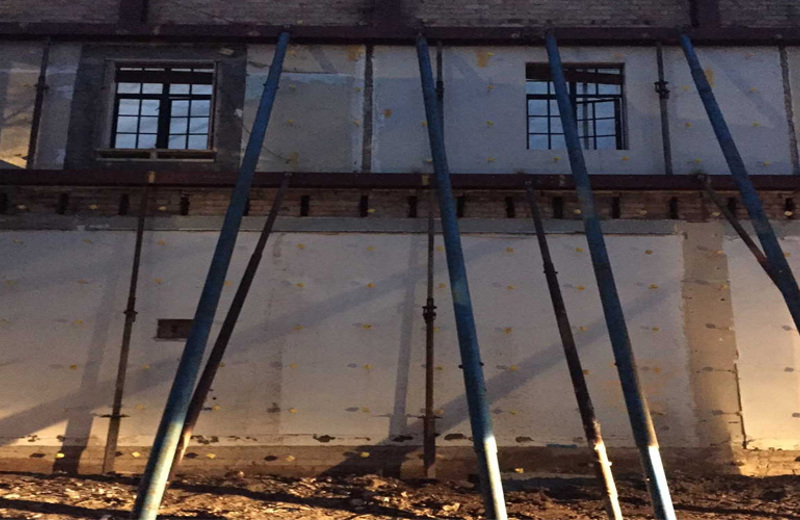 Propping of the exterior front wall.

For those interested 'the best' timber in the old building was the hard wood Oregon pine floor joists and rafters with a small amount of Rimu flooring - no Kauri which is not surprising as after 1910-15 it became scarce and expensive.

Many people are asking “what has happened to the magnificent lead lights from above the shop front windows?” with phone enquiries from as far away as Dunedin. Well, they have been carefully removed, packed up and sent away for meticulous restoration. These truly beautiful English made Windsor era glass panels could well be the last piece of this ‘complex’ build. Complex because the owners respect that the end result needs to represent everything good about a restoration/build in a significant heritage precinct.

We have now moved to the foundation piling which is expected to take another two weeks, then a further two weeks of linking the steel and concrete ground beams to the fourteen piles. It is interesting to note that when the simple two storey brick structure was built over a 7 month period in 1926, the piles consisted of shallow placements of four layers of brick and hand mixed concrete (presumable there were no earth quakes then!). Today we have 14 piles up to 17 metres deep each holding 2.7 tons of steel cages and a truck load of concrete. 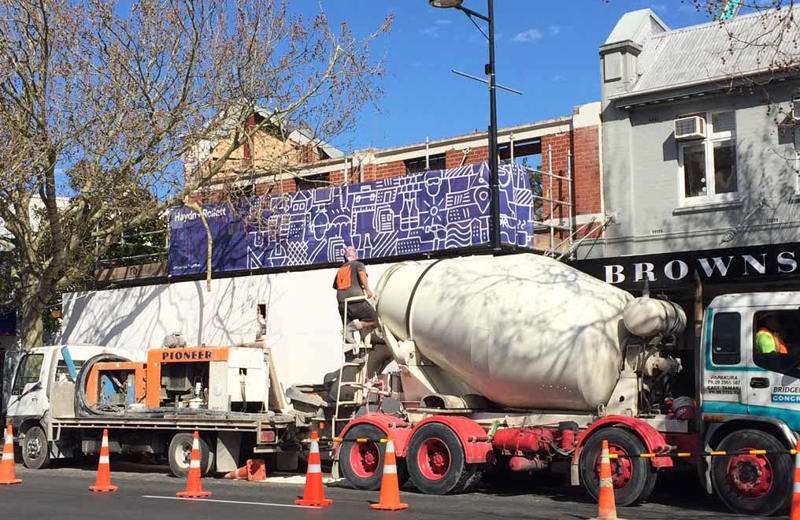 This is the third building on this site - the first was the Remuera Road Board office 1902. In 1915 that building became the first Remuera Public Library when Remuera amalgamated with Auckland City. After a new library was built along the road in 1926 the impressive wooden structure was relocated to Pt Chevalier.

The present building could well be the first significant restoration in the Remuera shopping centre in a generation - soon to become a flagship Ray White office for the business heart of our much loved community.

Getting to Know Suzie Cox

We catch up with our very own Suzie Cox, to hear her more about her journey through real estate, and share a bit about her personal life.

Getting to Know Thomas Farmer

In the wake of the senseless acts of violence in Christchurch in March, a small group of New Zealand and Australian real estate leaders came together.

Take some time out from your Christmas shopping, relax with a wine or coffee and listen to some exciting and brand new jazz trios.

Buying at auction can be daunting for even experienced purchasers, follow these tips to help prepare you for the big day.

When selling by auction a premium price is achieved from open competition between buyers, in one place at one time with a strong desire to purchase your property on the day.

We catch up with Rob Champion of Natural Habitats’ technology division to understand more about the design and installation of green walls – especially in the home environment.

As the former editor of one of New Zealand’s top design magazines, I’ve seen a lot of kitchens in my time, and this one is right up there...

My guess is you’re probably reading this on your device, sitting on your sofa. So, how much money is your sofa sitting on? Matter Architects talk about how to maximise space in your home.

Are you interested in knowing more about one of these articles? Please fill out the form below to get in contact with us.