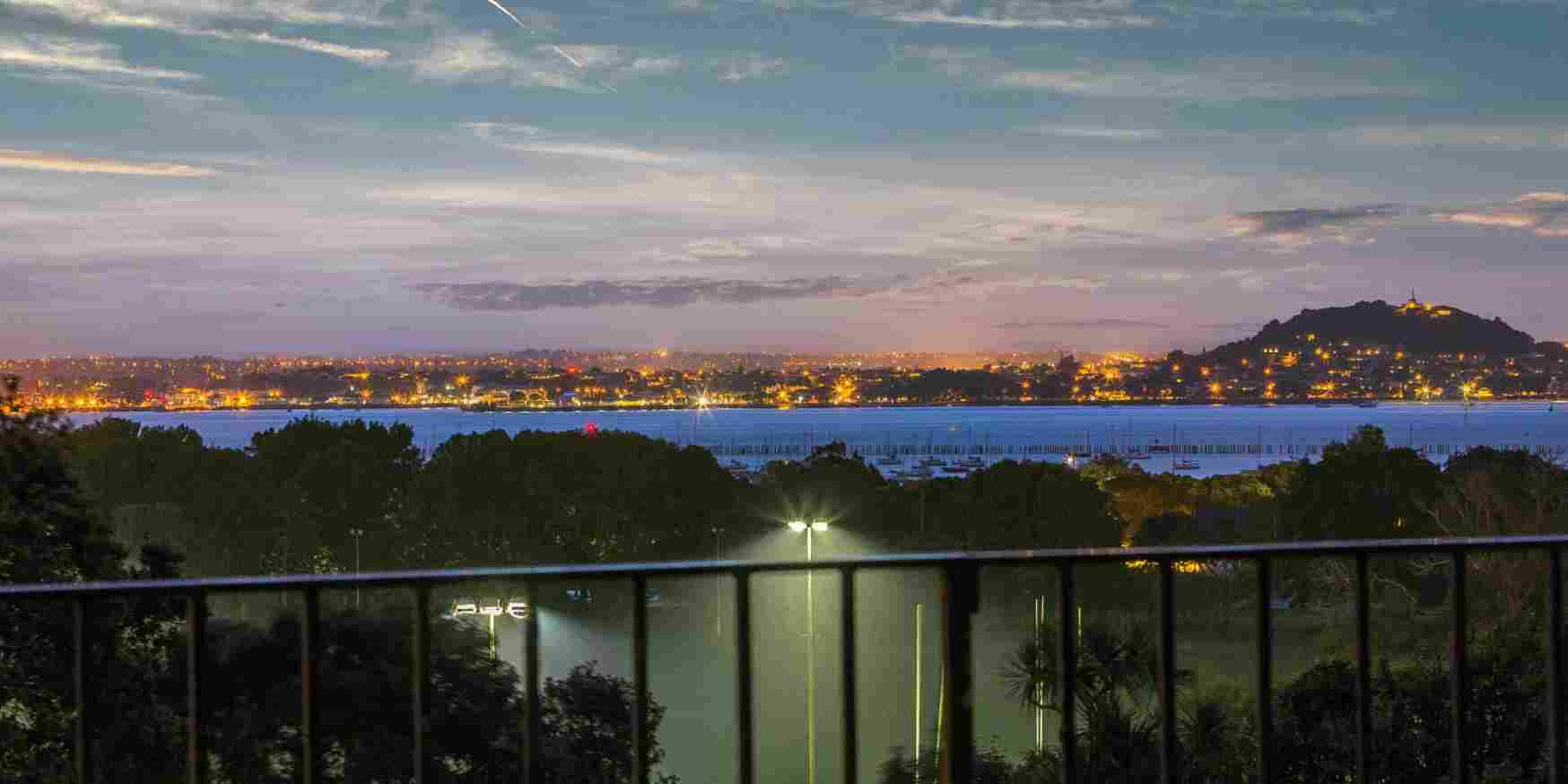 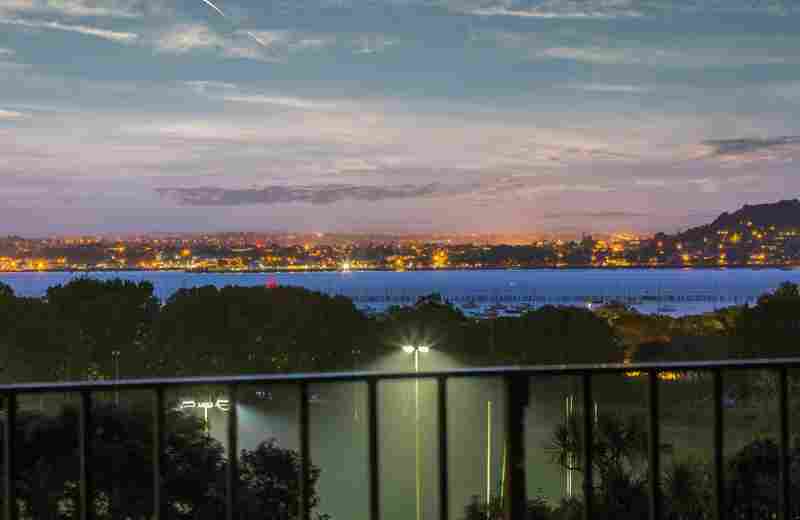 An old school, friendly village-style suburb tucked between the shores of Hobson Bay, the Waitemata Harbour and neighbouring Mission Bay

An old school village-style suburb, Orakei is a friendly little coastal community, tucked between the shores of Hobson Bay, the Waitemata Harbour and neighbouring Mission Bay.

The day frequently starts, in Orakei, with a jaunt to the bakery along the Coates Avenue strip. Or maybe a steaming coffee and yummy cake at Sebastians or Good Day. Chances are you’ll run into local mums nattering with teachers from the various kindies or the gem of a primary along the road, perhaps even someone trotting up from the Kepa Road paddocks on a horse.

An old school village-style suburb, Orakei is a friendly little coastal community. Almost self-contained on a peninsula 5 km east of the city, the area is tucked between the shores of Hobson Bay, the Waitemata Harbour and neighbouring Mission Bay. It’s home to a diverse mix of locals, from students to families and wealthy A-listers who love the convenience of living so near both the CBD and eastern bays beaches.

Retail precincts include the Kupe Street, Kepa Road corner where the Resene Paint Shop and Tile Warehouse beckon renovators. Cars cram into Eastridge Shopping Centre for the New World supermarket, cafes, book stores, a Pandoro bakery, beauty and health stores, medical centres and services. At Coates Avenue, well-dressed locals amble along to the butcher, the baker, the post centre, a superette and buy blooms from the White Tree florist. Bettjemans on the corner, an award-winning salon, attracts trendsetters from far and wide, often before they tuck into tasty traditional Basque snacks next door. Across the bridge along Orakei Road, Kings Plant Barn provides botanic inspiration together with tasty lunches and gifts from the garden café.

Offering local produce, entertainment and handcrafted treasures, the farmer’s market goes from strength to strength at the Community Centre in Kepa Road. During the week, it hosts classes and activities from arts and crafts to exercise, dance and drama. The market was started by the newly formed residents’ association, which advocates on transport and housing issues that affect the neighbourhood. Informal networks have worked to date, but the association is keen to speed up progress up while creating a more cohesive community in a central hub. Things are certainly happening in Orakei, which is why more and more people are coming to live here. So come and join us. We know you’ll feel welcomed. 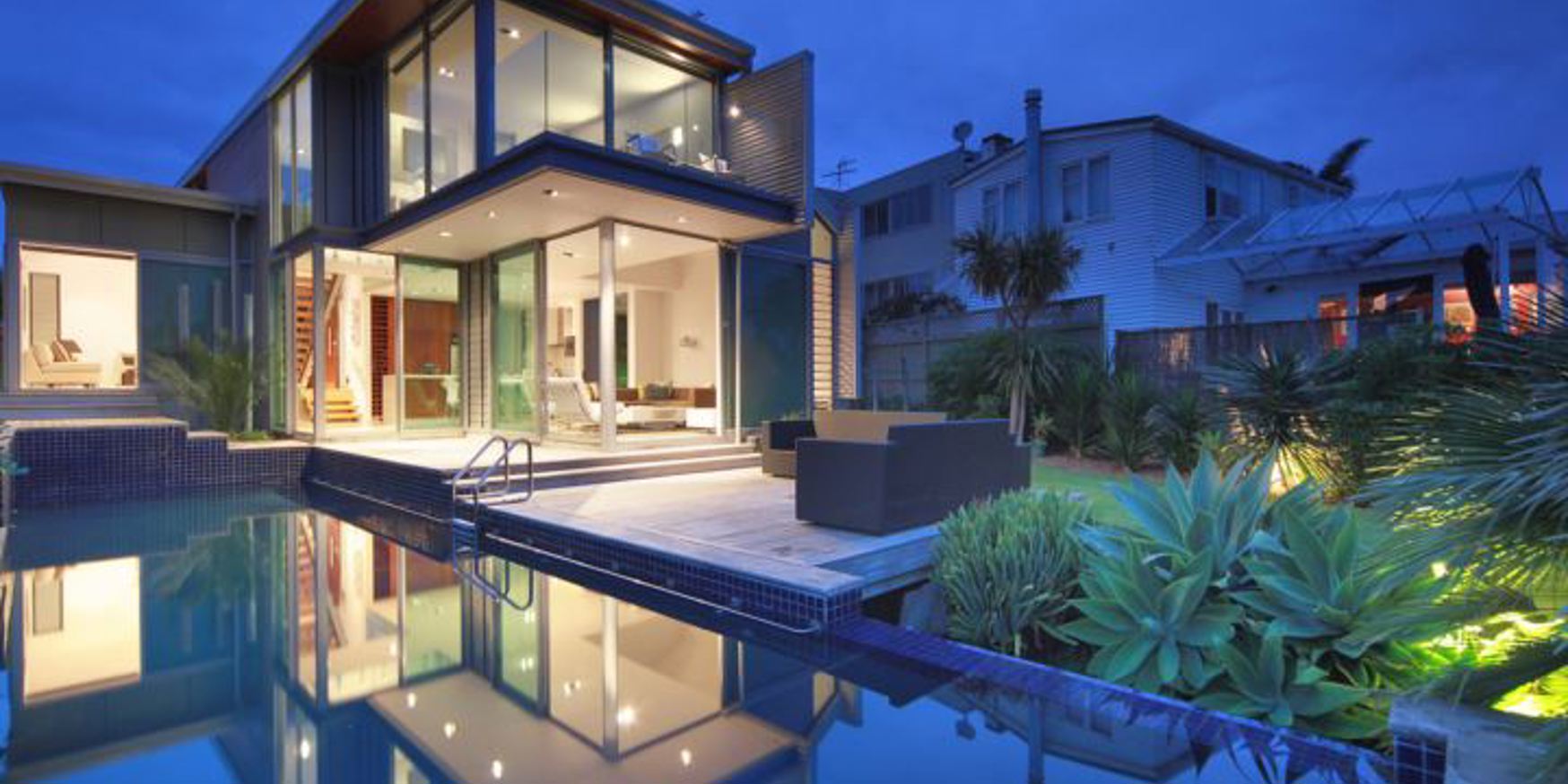 On the one hand, Paritai Drive on Orakei’s northern slopes is renowned as New Zealand’s most expensive address, boasting multi-million dollar mansions with panoramic gulf and city views. The rambling Hotchin property reportedly cost $43million to build and was sold to a Chinese businessman in 2013 for $39 million. Roads off Fenton Circus are highly regarded and many of the homes command high prices with their spectacular sea views.

Reaching from down the valley to Tamaki Drive from Kepa Road, Kupe Street hosts a more modest parade of properties, mainly simple weatherboard homes with tile roofs, a legacy of the first Labour government’s state housing scheme. Many have been modernised and extended and since the upsurge in the suburbs popularity, fancy architectural interlopers are popping up among them. Kupe Street also houses Eastcliffe Retirement Village and is the main vehicle entry to the marae at Bastion Point where the Ngati Whatua plan to build up to 75 new whanau houses for the hapu.

At Bastion Point, the Savage Memorial is a magnificent Art Deco mausoleum and obelisk memorial for Michael Joseph Savage, the first Labour Party prime minister of New Zealand. Responsible for creating hundreds of state houses across the area, Savage was one of the most popular prime ministers. When he died in 1940, Auckland architects Tibor Donner and Anthony Bartlett won a competition to design the memorial and surrounding reserve. It is now a popular attraction where busloads of tourists come to admire the views of the city and Waitemata Harbour. 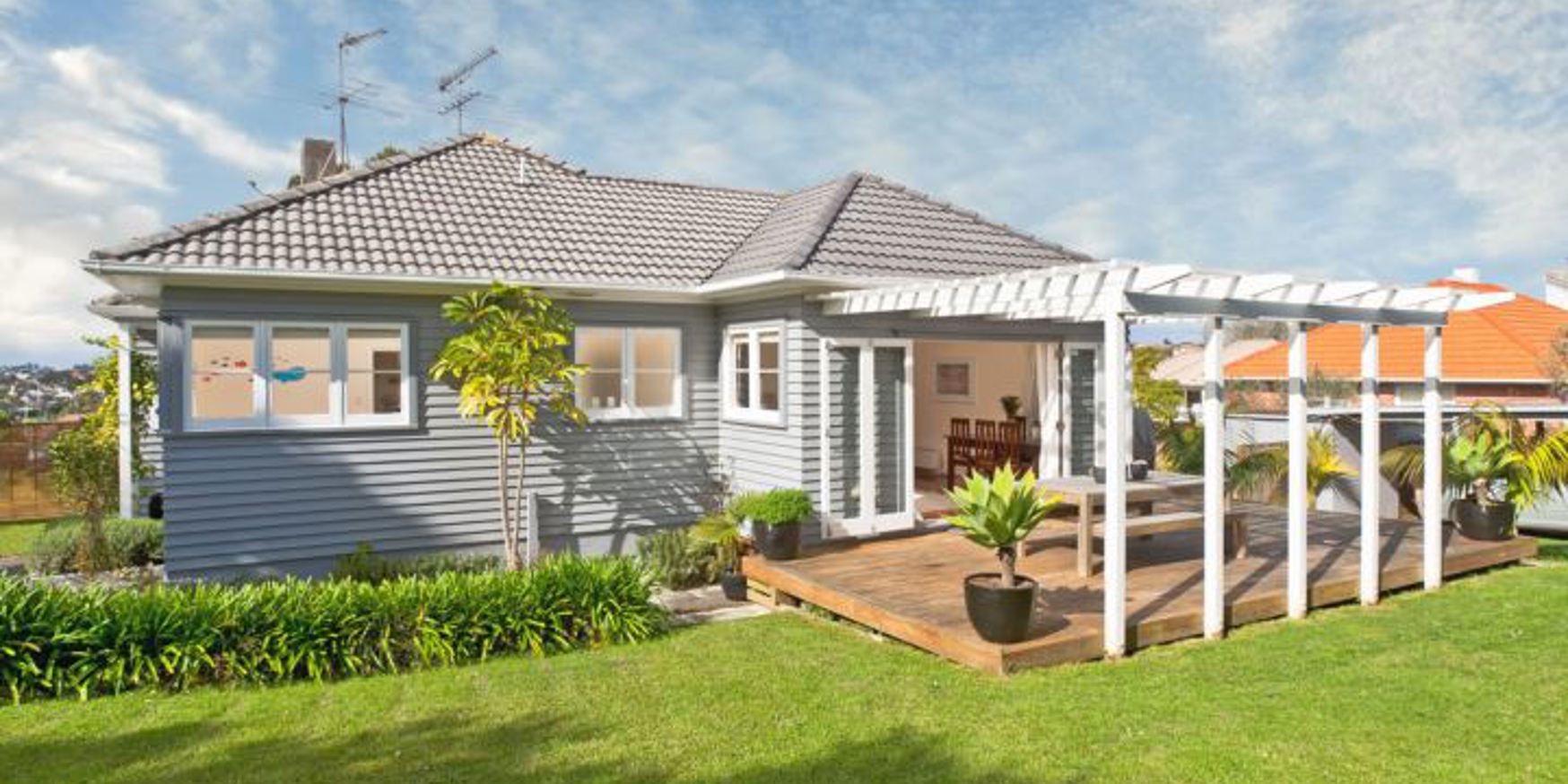 A stylish 1930s bungalow, a typical and popular feature of the Orakei area.

Orakei, which includes Okahu Bay, Orakei Domain and Bastion Point has a long history of Maori occupation. Before European colonisation, the Maori owned all of Auckland but the Crown had slowly taken it from them. They had intended keeping the 700 acres of Orakei recognised by the Maori Land Court in 1896 and declared inalienable by the Crown in 1873 but most of it had gone.

Over a long period between the 1840s and 1950s, the New Zealand Government had confiscated this land for public works and development. Orakei became valuable real estate after the new Tamaki Drive crossed Hobson Bay in 1929. The City Council planned an Orakei "garden suburb" on the west side of Okahu Bay rising to Paritai Drive. The Government took the land under the Public Works Act, moving residents up the hill to state houses in Kitemoana Street. Only a tiny cemetery was left on the land Ngati Whatua called their own.

The area was important for the Ngati Whatua iwi (tribes), rich in papakainga or fishing and farming resources. The now vacant land hit the headlines in the 1970s in a dispute between the Maori people and the government, that came to a head after peaceful and lawful protests that had lasted over 100 years.

The loss of their papakainga severely affected the identity and the mana of the Ngati Whatua hapu at Orakei (sub-tribe) because the mana of any tribe is linked to the land, which is their economic and spiritual base. Once their mana was undermined, it became almost impossible for Ngati Whatua of Orakei to work together as a tribe.

In January 1977, the Orakei Maori Action Committee, took direct action to stop subdivision of their last remaining land. They occupied Bastion Point for 506 days, refusing to leave their ancestral lands. The protests caused a split within the tribal ranks as this was the first time their protests had broken the law - by trespassing on Crown land.

A year later, the government sent in a massive force of police and army to evict them. Protesters were arrested and their temporary meeting house, buildings, and gardens were demolished. The Bastion Point occupation was one of the most famous protest actions in New Zealand history. In 1977, Maori elders produced a revised subdivision plan for just five acres of private housing and 29 acres to be sold to the Ngati Whatua Trust Board, as well as the 22 acres of reserve.

In 1986, the Waitangi Tribunal awarded the Ngati Whatua O Orakei compensation with title to returned lands – and they are now recognized as the tribal authority of the area, enjoying a harmonious relationship with the government and other residents of Orakei. 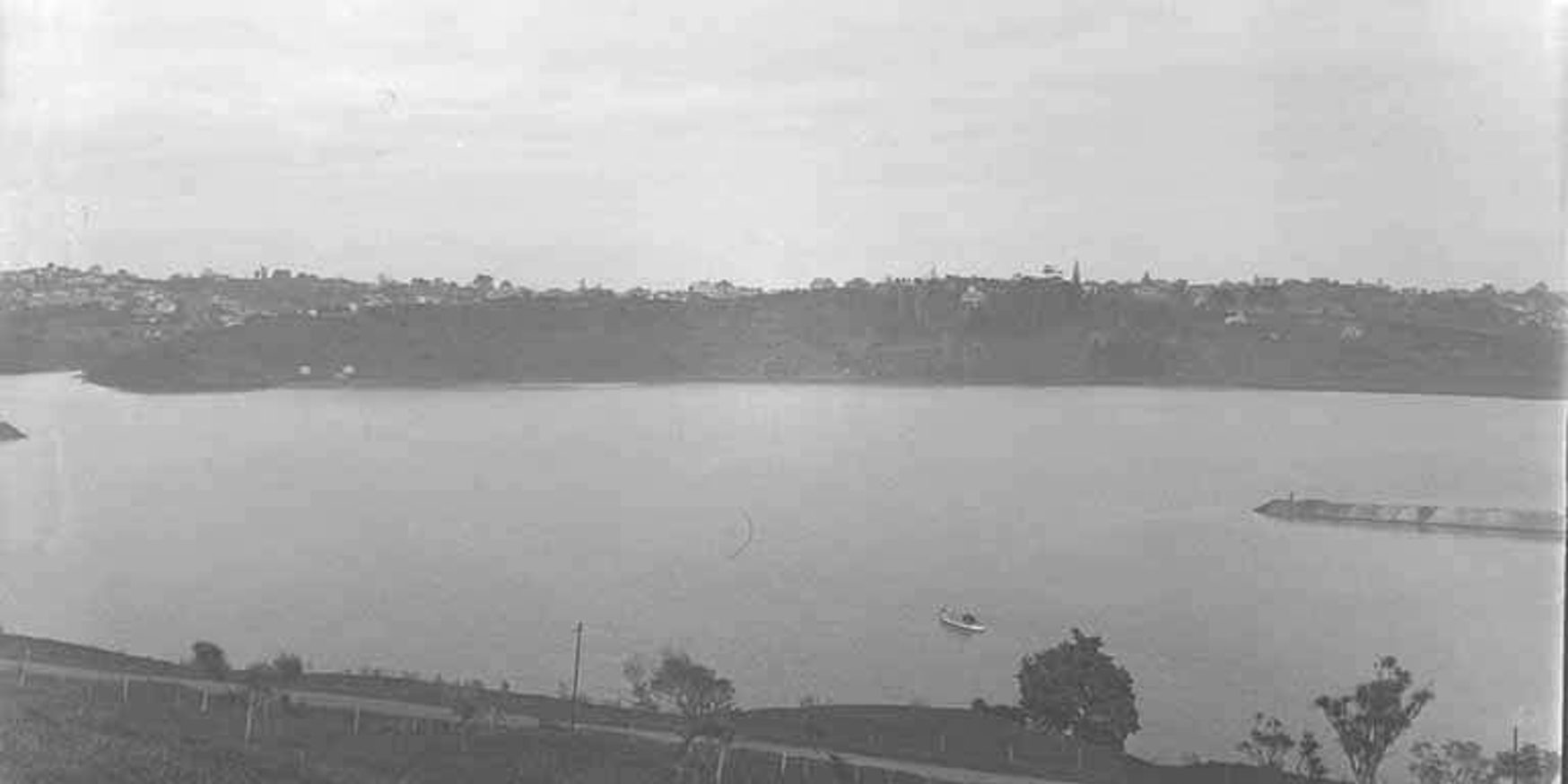 Nestled into the strip of shops on Coates Avenue, Good Day brings excellent coffee, delicious cabinet food and a succinct menu of brunch-suitable offerings to the people of Orakei.

A favourite breakfast or brunch haunt, the coffee is excellent, the menu varied and there is a cabinet full of sandwiches, cakes, slices, and other delicious goodies. It's hard to go past the Buttermilk Hotcakes!

White Tree Floral Design specialises in a wide range of quality fresh flowers. In additional to the beautiful flowers, White Tree also features a great range of handmade gifts and selected art from local artists. Go no further if you are looking to freshen up your home with colour and fragrance.

Bettjemans are known for their glamorous red-carpet blow waves and commitment to service excellence. This award winning salon is a mainstay of NZs fashion industry and frequented by many of Auckland's most stylish.